When a movie or show includes strong women, so you don’t notice they’re only supporting characters.

Have you ever noticed that almost every Pixar movie is led by a male character? 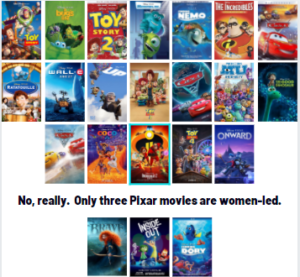 Pixar movies have iconic female characters, so you may not notice initially that they are still supporting characters. These females ultimately support the male lead. The stories aren’t theirs. 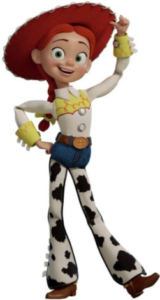 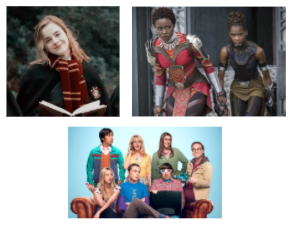 So next time you watch media that you think has strong women, ask yourself:
Is it really the woman’s story, or is it another case of the Pixar Problem?