COLORISM: Prejudice or discrimination against individuals with a dark skin tone, typically among people of the same ethnic or racial group.

Zoe Saldana was cast as Nina Simone but needed a prosthetic nose and to have her skin darkened to look the part. 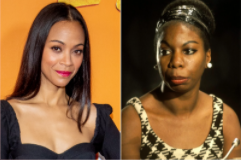 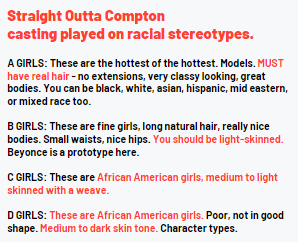 When The Hate U Give was adapted, the Black lead character as depicted in the book and on the book cover were replaced by a lighter skinned actor, disappointing fans of the original who were looking forward to seeing themselves on screen.

“True representation will occur when a Black girl, of any shade or hair texture, can go to the movies and watch actors that look just like her.” [attribution]

As consumers, we control what we watch and support with our time and money.
– Commit to watching a certain number of titles each month created by and featuring people who don’t look like you
– Critically consume any title you watch. Is there true representation of people of color?
– Amplify projects created by women of color. Share them on social media, tell your friends about them, and get the word out.